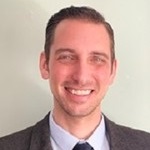 Michael Raimondi holds financial wellness at the core of his practice. He believes that harnessing the energy of money to help folks achieve their goals requires not only knowledge of the financial industry, but an understanding of each person's unique wants and needs. As a former educator and coach, Michael focuses on increasing financial literacy and guiding clients to make informed financial decisions. Michael began his financial services career at New York Life where he earned the Career Life Success Award. When he saw the need to provide clients with truly holistic financial planning, he immediately earned the Series 7 and 65 designations, expanding his practice beyond insurance and annuities to include all aspects of wealth management and advising.

Originally from Southern California, New York City became home for Michael as he pursued a career in theatre and film. Always an entrepreneur, he simultaneously grew with the New York City franchise of the nation's largest supplemental education provider, beginning as a teacher and ending as their VP of Growth & Operations. Michael recently resided in Seattle, WA for three years where he established a social justice focused non-profit theatre organization. Since returning to the New York City area, he serves on the board of TMI Project as well as volunteering with a local animal rescue. Michael is a Certified Wellness Coach through the Institute of Integrative Nutrition, holds his BFA from Chapman University, and his MFA from The New School. He lives in Jersey City with his partner and his rescue dog, Touché.